In the late 1960's and throughout the 1970's, Andrew Grima was commissioned by various members of the British and Scandinavian Royal family including Her Majesty Queen Elizabeth II and Princess Margaret, to make various items of jewellery.

Mr. Grima's work is very highly sought after and collectors pay many thousands of pounds for his rare and beautiful pieces. During the 70's his work was sold in an exclusive gallery in Knightsbridge (LONDON) and would range from many thousands to a million pounds plus!

Today, Mr. Grima has retired and by all accounts, is somewhat of a shy recluse in Switzerland. The Watch below is part of a collection of six, made in solid 18k gold. Hallmarked and stamped with the Grima crest, along with two pocket led watches, and one pendant.

These watches use (Pulsar) Time computer modules and I can only estimate their date to be 1975-1976. Having spoken to various Grima "specialists" None of these people were aware Andrew Grima made LED watches and their conclusion is that this must have been a very special commission by someone paying an huge amount of money in the 1970 's for him to do so. 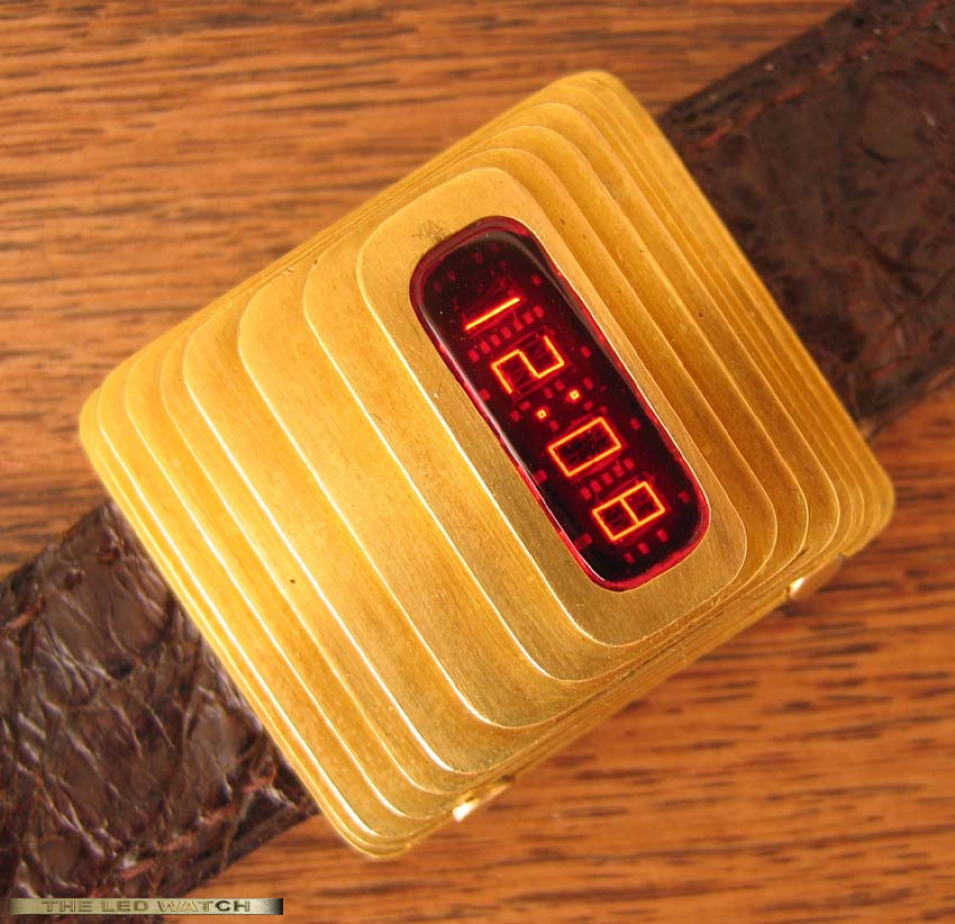